The upgrades of the seven-inch android device focus on optimal mobility while still packing a performance punch. The ingress protection rate is now IP 33, extended the operation from inside medical facility to ambulance and outdoor medical aid. Alongside protection, the upgrades also provide stronger graphic process up to 4K HD video output for better medical imaging capacity. 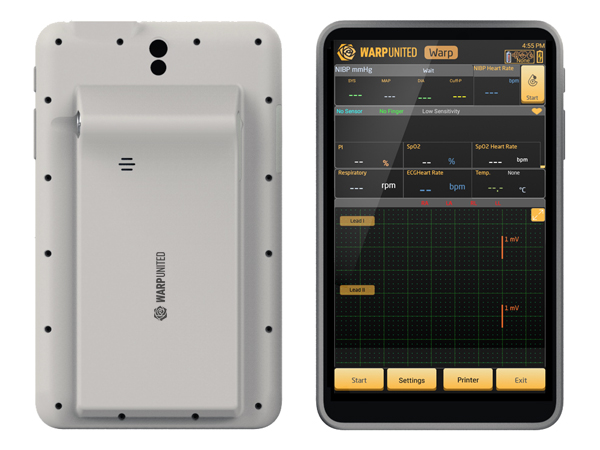 The upgraded version of Valkan 3 Tablet is now under preparation of mass production along with Warp 3 Medical Recorder in Q4 2017.

The Warp 3 Medical Recorder delivers Vital Sign, Ultrasound and Cloud based EMR (Electronic Medical Record) in a compact, smart, point of care system for doctors, nurses and paramedics. It’s a device mostly for primary care doctors to diagnose and rule-out patients at the point of care, especially when they are far from any medical facilities. 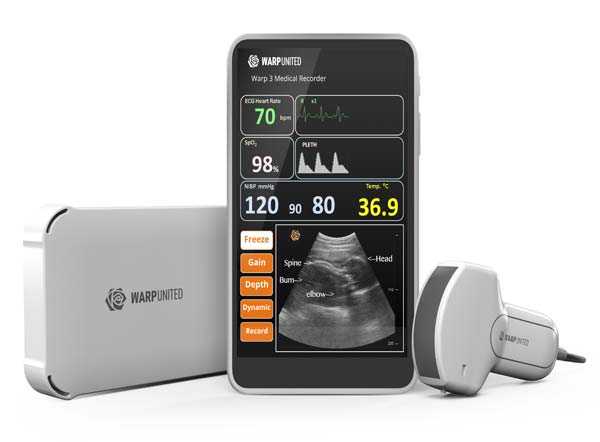 Warp United was founded by Kilo LIANG and Dongdong ZHENG in April 2013. The founding partnership of doctors and engineers are driven by a goal in medical information infrastructure, data management, analytics and artificial intelligence (AI). Warp United committed to improving access to healthcare data stream and supporting the front-line healthcare around the globe.

Any question? Send us your message!

Your data will be treated strictly confidential and used for direct business purposes only.