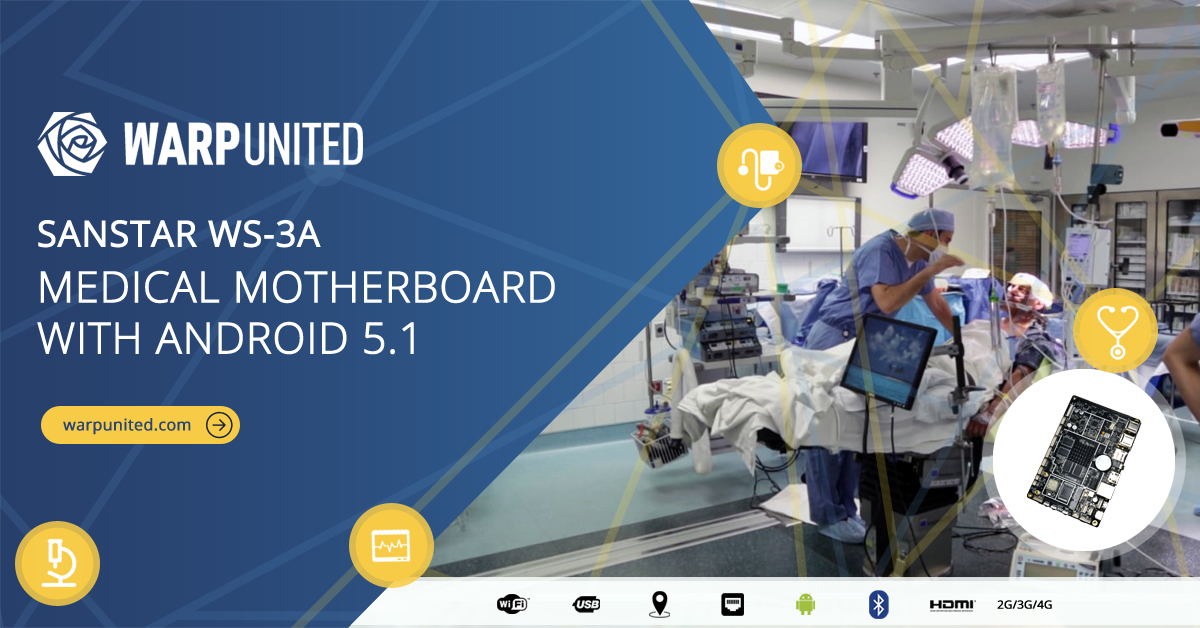 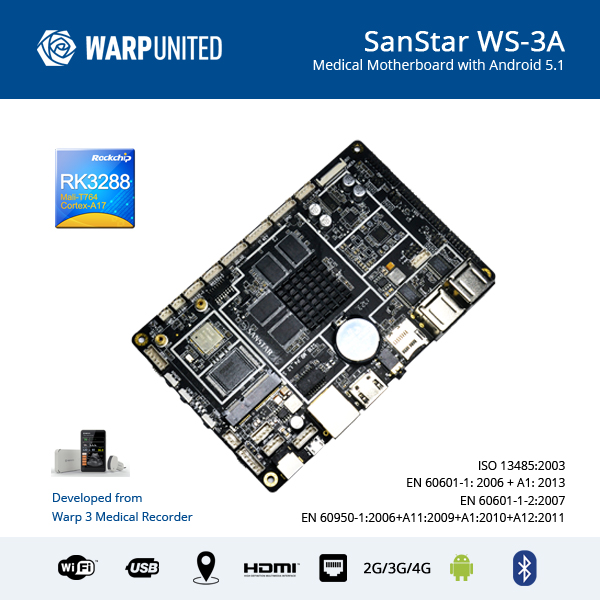 Credit: Meet the Team Behind the Revolutionary Warp 3 Medical Recorder

A motherboard (sometimes alternatively known as the mainboard, system board, baseboard, planar board or logic board, or colloquially, a mobo) is the main printed circuit board (PCB) found in general purpose microcomputers and other expandable systems. It holds and allows communication between many of the crucial electronic components of a system, such as the central processing unit (CPU) and memory, and provides connectors for other peripherals. Unlike a backplane, a motherboard usually contains significant sub-systems such as the central processor, the chipset's input/output and memory controllers, interface connectors, and other components integrated for general purpose use.
- wikipedia.org

Android is a mobile operating system developed by Google, based on the Linux kernel and designed primarily for touchscreen mobile devices such as smartphones and tablets. Android's user interface is mainly based on direct manipulation, using touch gestures that loosely correspond to real-world actions, such as swiping, tapping and pinching, to manipulate on-screen objects, along with a virtual keyboard for text input. In addition to touchscreen devices, Google has further developed Android TV for televisions, Android Auto for cars, and Android Wear for wrist watches, each with a specialized user interface. Variants of Android are also used on game consoles, digital cameras, PCs and other electronics.
- wikipedia.org

Warp United is a trademark or registered trademark of Warp United Scientific Co., Ltd. All other brand or product names are trademarks or registered trademarks or copyrights by their respective owners and are recognized. On account of certain regional limitations of regulation and certification, we cannot guarantee the worldwide availability of the products included in this information. Availability and specification may vary by country and is subject to change without prior notice.

Any question? Send us your message!

Your data will be treated strictly confidential and used for direct business purposes only.